Your Health & Safety Comes First. We are EPA Certified and Ready For Any Size Job!
Contact us today!

Prior to 1978, lead was being added to common household paint. The lead additive allowed for the paint to be more durable and gave it a nice shine so it always looked fresh. Additionally, it dried faster and resisted moisture.

It wasn’t known until later that the lead was poisonous and causing children to become very sick. Further research was conducted, and the federal government banned the use of lead-based paint for consumer use.

Lead isn’t only found in the paint for homes. It can also be found on old toys that were painted with lead paint, in the soil, weights at the gym, fishing sinkers, and more.

Many antique toys that have been passed down from generation to generation are likely to have once been painted with a form of lead-based paint. 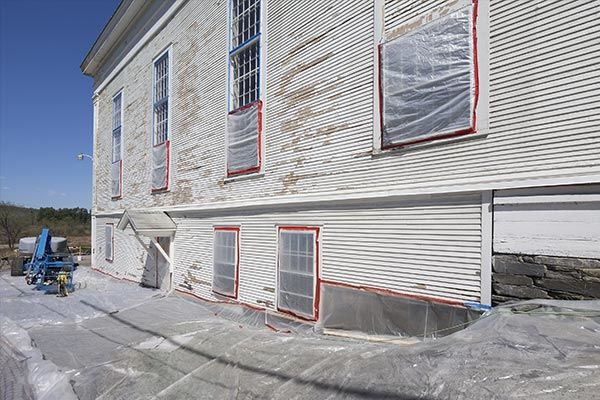 We have a rigorous method of removing lead paint, where we take every precaution possible to not expose the inhabitant and the people involved in the process to the hostility of lead’s toxicity. Our professionalism and environmental awareness keep our customers highly satisfied with our services.

Live without exposing yourself to any of the health risks by having Rock Environmental, Inc remove any traces of lead paint in your home or business. The best part is that we will even work with your insurance company to get this taken care of. That way you don’t have to!

Your safety and peace of mind are our number one priority. The fact that we are a 24-hour emergency service shows how dedicated we are to our customer’s needs in and surrounding the Albany, NY region. We pride ourselves on our reliability for any size job.

In addition, we seek to satisfy our clients with our expertise, cost and time-efficacy, and our cleanliness. Being an experienced Environmental Remediation Company, we have a list of resources at our disposal, through which we perform an array of Lead Paint Services.