In the United States, hoarding is prevalent in around 3% of the population. While this number seems low, it does increase as people get older. According to the APA, hoarding is a mental health disorder in which the individual has persistent difficulty with getting rid of possessions.

Those suffering from a hoarding disorder will often show extreme distress when someone tries to throw away or get rid of items within their home. You can learn more about hoarding disorder from the American Psychiatric Association. "Great bunch of guys hard working and clean on the job."

Like other mental health disorders, hoarding has different types. Individual experiences will be different from person to person.

It is often at the request of family members for our hoarding specialists and help. The whole process tends to be overwhelming due to the amount of clutter in the hoarder’s home. Some of the most common types of hoarding include:

Shopping - Hoarding from shopping is much more than being a “shop-a-holic”. Often, the items purchased have no use or need for the individual and are usually still in original packaging, untouched.

Sentimental Hoarding - Dealing with the loss of a loved one is difficult. With this type of hoarding, the belongings left behind are kept. This may include old clothing, bills, even the last thing they touched, regardless of whether it is trash or not. This is one of the toughest and sensitive types of hoarding.

Food/Garbage - With this type of hoarding, food containers, dirty dishes, diapers, and other things that would normally be tossed out are kept causing clutter on countertops, tables, sinks, stoves, and other areas. Due to the nature of the items, we will often find roaches, mold, and other harmful bacteria. In this situation, it is highly recommended for Rock Environmental’s professional hoarding specialists to help.

Animal Hoarding - This type of hoarding starts with the best intentions, but at some point can become deadly for the animals involved. Animal hoarding occurs when there are a large number of animals that are unable to be cared for properly. However, these types of cases can be easier because the individual does want the best for the animals. 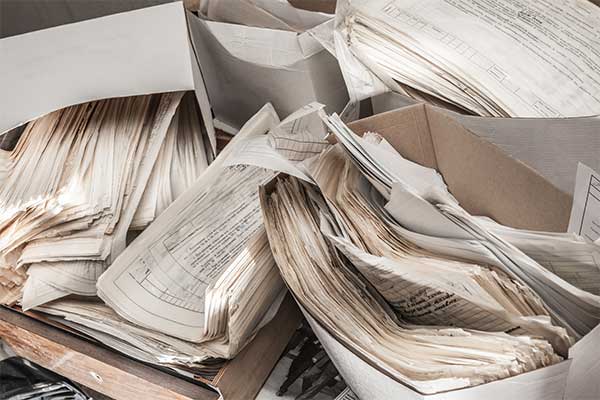 There are 5 levels assigned to hoarding situations. Each level is based upon the amount of clutter, how many rooms are affected, the severity of the hoard, as well as how much livable space is left. Each level is described below.

Level One - While the home would still be looked at as clean, there will be a large amount of clutter around. To some, it may just look messy or unorganized. Likely just one room is affected.

Level Two - Rooms will often only have a pathway to walk through (from the doorway to bed), other areas of the room would be hard to get to due to having too many things in the room. In the kitchen, counters and refrigerators will likely have old food or containers about which may have mold growing.

Level Three - In homes with more than 1 bedroom or bathroom, only one of each may be usable. Any space to move within the home will be limited or non-existent. Noxious odors will be strong throughout the home, and clutter may become visible from the outside.

Level Four - Roaches, lice, and fleas are often prevalent within this level of hoarding. Likely, the utilities are not working properly causing a backup of sewage or leaks within the home.

Level Five - Being the most severe level, a majority of the home is considered unusable and unsafe. Many homes will not have functioning plumbing or power. Human/pet waste has been accumulating for some time. Most, if not all rooms will be inaccessible leaving the individual secluded within a very small living space that would have less clutter.

There are many risks involved, which is why it is best for a hoarding cleanup company that specializes in biohazard situations to come and help with the home. 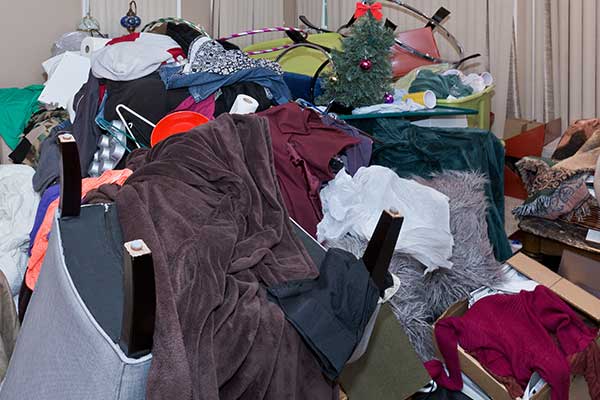 There are a lot of cleaning companies in the Rochester area, however, not all are trained in hoarding cleanup. Rock Environmental has a process that not only helps to restore your home to pre-hoarding conditions but we also do it safely and efficiently.

Using our checklist, you can rest assured that you and your privacy are what matters most. Some of our most valued points include the following:

Not every cleaning company is capable of working through tough hoarding situations. Trust that not only are all the professionals at Rock Environmental compassionate, but they are also IICRC certified and OSHA compliant. If you or your loved one needs help with any hoarding or clutter situation, just call Rock Environmental today. We’re in this together, and we are here to help!